After the much advertised Microsoft deadline of July 29, 2016 for the FREE Windows 10 upgrade had passed, it turns out that there is an extension for Windows 10 free upgrade for customers who use assistive technologies. This upgrade path is still valid as of September 22, 2016, so I thought I would upgrade a Dell i3 laptop from Windows 7 to Windows 10.  Here is that experience.

This is a relatively painless task, navigate to the link above, click on the UPGRADE NOW button and follow the instructions.  I have done this several times already, so this shouldn't be a big deal.

This turned out to be a big deal. The upgrade process hovered at 86% complete for about an hour before I rebooted the system.  This time, I remembered to disable the antivirus and stopped a few services.  Restarted the process and walked away, came back four hours later, where the process was at 96% and it just improved to 97%.  Well, that wasn't what I had expected.  I shutdown the computer again.  I remembered an upgrade from years ago.  I want to say Windows Vista to Windows 7 that failed.  It failed because I had moved the users Downloads and My Documents to another drive.  The upgrade didn't like the change so I reverted to the Default locations.  The next upgrade attempt was a success.  So, I performed those changes on this computer. Restarted the upgrade, only to watch it upgrade so ever slowly. There had to be a better way.

I revisited the Microsoft Media Creation Tool.  This tool is the one I had used many times to upgrade to Windows 10 prior to July 29.  I was surprised to see that the tool is still available.

After downloading the tool, I decided to try to perform the upgrade directly from it.  Too slow. Then downloaded the tool again to another, much faster computer to download and create a bootable USB.  The ISO image downloaded, however, the tool refused to find the USB to complete the task. After some Internet searches, an article suggested to use a third-party tool, Windows 7 USB DVD Download Tool. 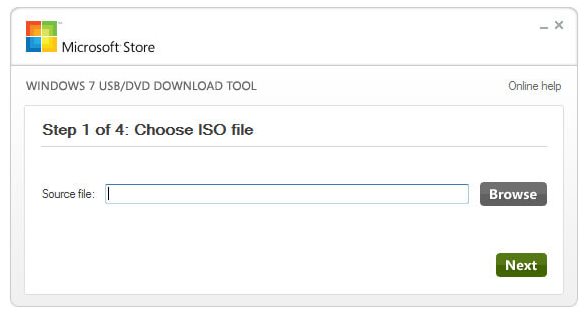 This tool worked as advertised, although I started to become unnerved when it seemed to hang at 97%.  After a few more minutes, it wrapped things up.  Once complete, I took that USB stick to the other computer to try to upgrade Windows 10 from it.  After about an hour, the system rebooted into Windows 10.  I verified that the system had successfully activated.  It did. The time it took to upgrade is a close estimation at about five hours.

On to the end goal. I wanted a fresh install of Windows 10.  I rebooted the computer from the USB stick. I deleted the partitions, repartitioned the drive, and installed a fresh and activated copy of Windows 10 in about 45 minutes.

A lesson learned that may help someone along the way is to maybe start with the USB/ISO upgrade.  This could save many hours of frustration.