The NetGear ReadyNAS Pro can be a fantastic addition to any environment. Aside from a flaky power supply which wasn't too difficult to replace, (Another story for another time.), this box has been relatively descent. Well the power supply issue was big and annoying. The other annoying aspect to this NAS is it's dated firmware which displays this awful web page and doesn't support modern Apps.  There are several articles on the Internet that offer paths to upgrade beyond the supported RAIDator 4.x.x to a more recent version 6.  I found one article that really looked to easy to be true so I had to try this upgrade.

This is what the three old web interface looks like for the admin using RAIDator4.2.31.  Even in 2014 this was a dated look and clunky to get around. 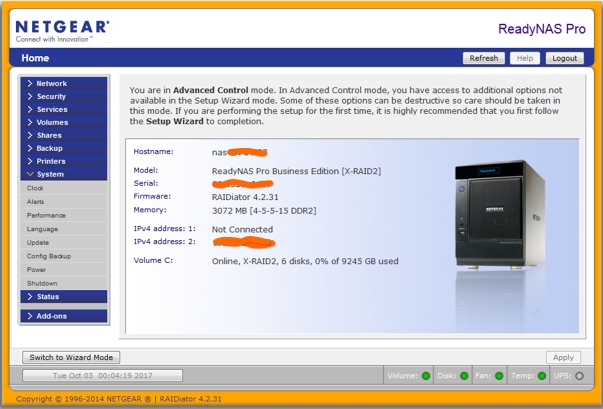 This may not work for everyone, but this process worked for this NetGear ReadyNAS Pro RNDP6000.  The following steps are part of the netgear.as-central.org wiki.

WARNING: Installing OS6 will require a complete factory reset and creating a new filesystem. As such it is critical that you first make a backup of any data before starting the upgrade!

Using the NETGEAR RAIDar utility I followed the process...  Even the the binary file read 6.6.0, the firmware upgrades to 6.7.4. 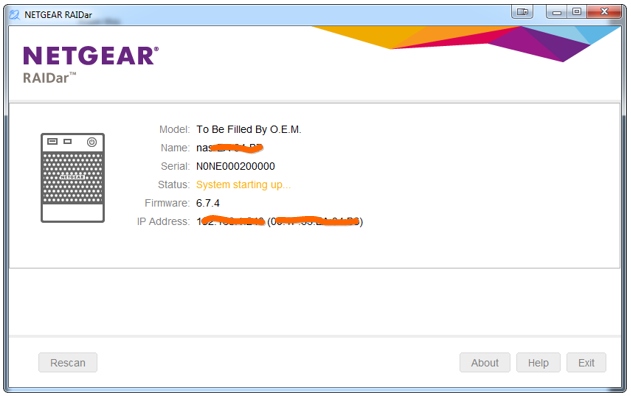 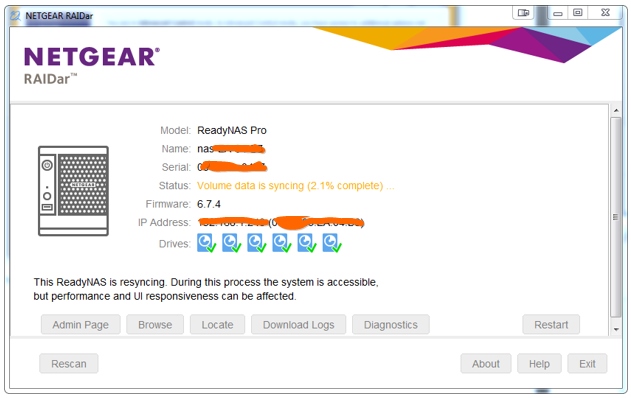 The logon wasn't the same username and password default as in the early version.  The default username and password are admin/password.  The modern look is simply amazing.  Really compared to the original, amazing. A notice appeared to upgrade the firmware again.  So, I did.  Note that the version is now 6.8.1.  You may also notice that the Emby Server app is added.  A minimum firmware version of 6.8.0 was needed to install.  The apps are plentiful and modern. 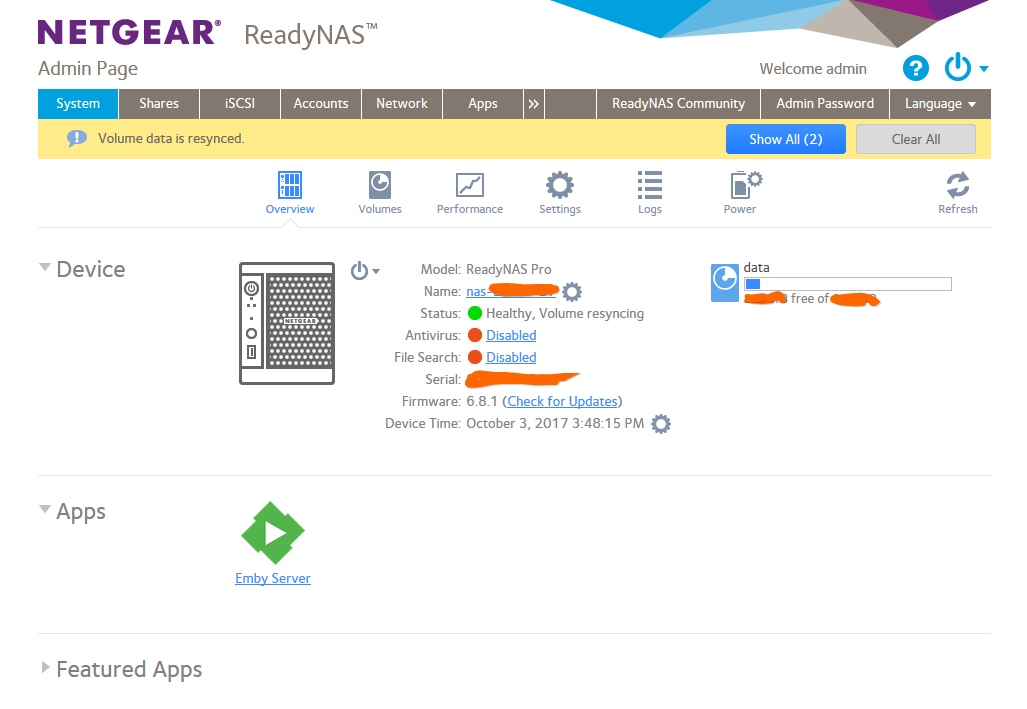 Unsupported or not, I have upgraded "easier" things that were supported with paid support and it didn't go as advertised or planned. The whole process was painless and well worth the trouble. This process brought new life into this now media server from a once aging powerless brick.