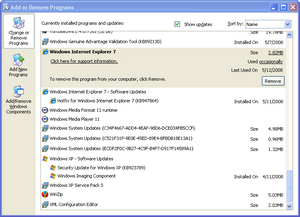 A screen shot of the Add or Remove Programs window indicating that Windows Internet Explorer 7 is installed and Windows XP Service Pack 3 is installed. 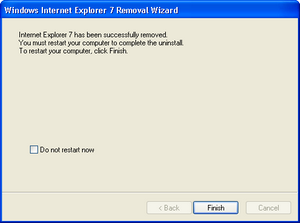 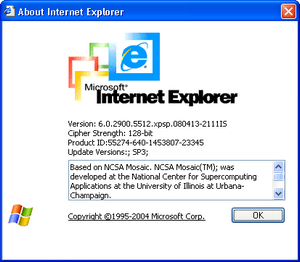 After further review, there is a good writeup here.