Having setup the Xbox 360 as a media extender to Microsoft Windows Vista Media Center (VMC), I quickly noticed that the dashboard was slightly different and did not have the DVD Library that I had manually setup and is described in an earlier article that I had written. This article is a continuation of my earlier article and describes the additional setup needed so that the Xbox 360 will show the DVD Library and have a functional DVD Library.

This is a two step process, which would not otherwise be possible without the hard work of enthusists and several programmers. As per the request of the orignal article, the software is only available at their site.

This image is of the folder structure for example, D:\DVD\Star Wars. 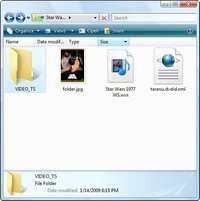 The essential files are: 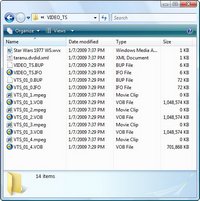 The essential files are:

Now, you should be able to see the DVD Library on the media extender, Xbox 360.