Winamp is a media player that has been around since 1997. I know that in this world of modernization and simplified user interfaces some may not be too excited about the news of Winamp as a triumphant return, but it was one of the earliest applications that I had grown to love.  Winamp had and has the user interface that I have come accustomed to when it comes to playing something from a local music library or even from audio streaming Internet providers.  Winamp was one of many to share in market share with the likes of Microsoft Windows Media Player and Real Audio RealPlayer (to name a couple that come directly to mind).  But the support for this product simply ended around 2013.  Until now....

I have discovered, not only one but two updates.  One is a leaked version of a 2016 build of Winamp which became an official release in 2018.

The other is called WACUP (WinAmp Community Update Project). WACUP is described as:

WACUP (which can be pronounced as wakeup or wac-up or however you prefer it in your native tongue) is designed to work only with the patched Winamp 5.666 release to provide bug fixes, updates of existing features and most importantly new features with the goal to eventually become it's own highly Winamp compatible media player.

WACUP makes use of the benefits of Winamp being heavily based on a plug-in system so new plug-ins can add additional features as well as allowing replacements to be created which provide better implementations over the plug-ins natively included with Winamp.

The download and install was as easy as ever.  The application is a 2019 build. To simplify things, I was able to copy over five files from the original install of the aging Winamp and the application was fully operational.. 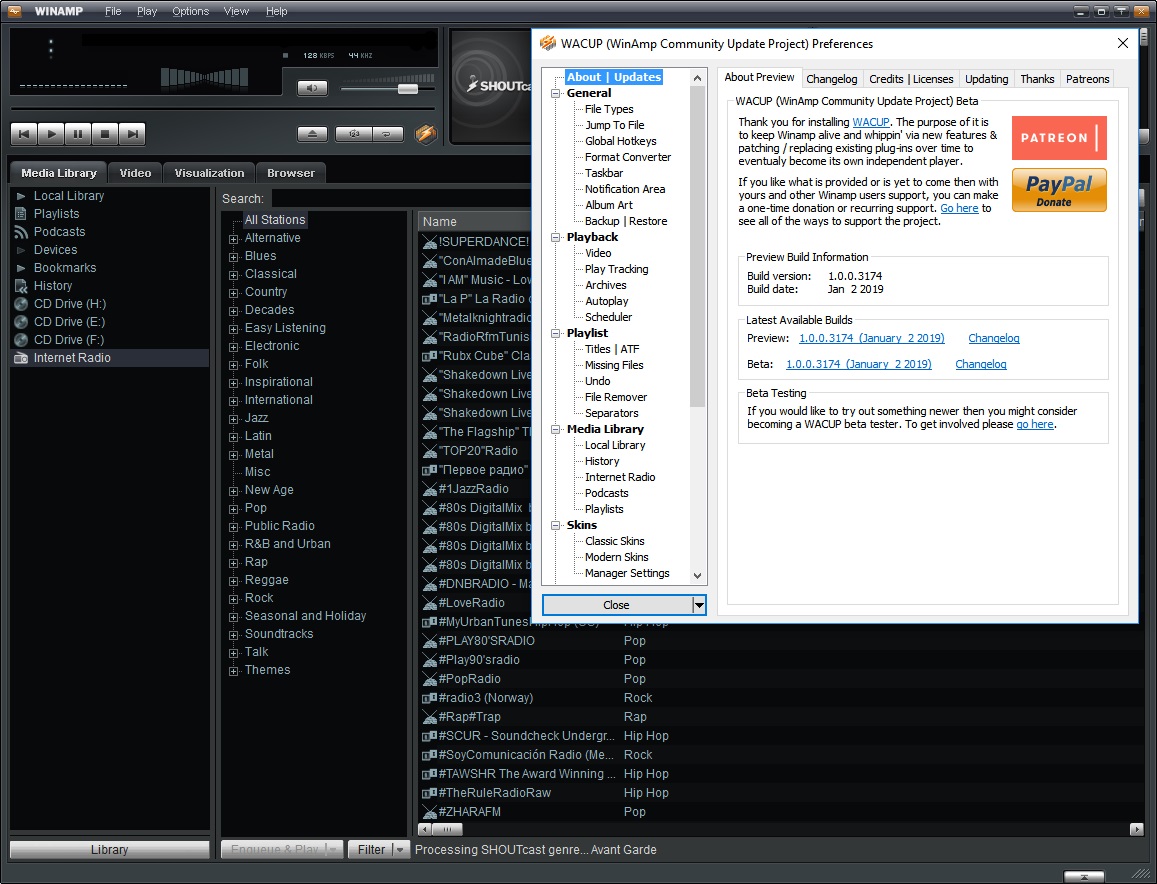 The main reason for this article is to hopefully promote exposure for this community project.  I was completely unaware this and stumbled upon it by chance.

As a bonus, I would recommend the use of the Winamp Backup Tool. This tool is fantastic for the backup and restoration of your library database and configurations.