The Microsoft Xbox 360 can be a versitile product capable of much more than playing games. I am not a gamer, however, I have an Xbox 360 only to stream Netflix videos. I have used several third party addons to the Microsoft Media Center (various versions) and the Netflix interface is easier to navigate and has eye appeal. Recently,had to move the Xbox 360 to an area of the house that is not wired, so the only remaining logical option is to purchase an Xbox 360 Wireless Network Adpater. It didn’t take long for sticker shock. These used proprietary adapters sell for over $60+ on eBay and new for nearly $100. Frustrated, a little more research found an alternative that does work!A couple of years ago, I found a technique that will probably work, though I never used it as I didn’t want to waste computer, specifically a laptop, for the sole purpose of internet connection sharing. Basically using the wireless capabilites of the laptop and connecting it with the Xbox 360 so that the Xbox 360 becomes “wireless”.

A better solution exists. When subscribing for an insternet service provider package, I no longer had a need for my Linksys WRT54G, as the ISP provided a wireless router. This Linksys WRT54G had already been firmware upgraded to DD-WRT v23 SP2 (09/15/06) vpn.

The first thing to do is connect the old LInksys WRT54G to a computer and connect to it via the web interface. Once connected and your logged into it. Go to the Wireless tab and change the functionality from AP to Client Bridge. While there, verify that the Wireless Network Name (SSID) points to the wireless router

Then goto the Setup, make sure that the Router Name is different from the wireless router to avoid name conflicts. Also change the Router IP so that there is no IP conflict.

As a test, I disabled with wireless network card and attempted to connect to the internet through the Linksys WRT54G Client Bridge. After a successful connection, I removed the Linksys WRT54G and connected the Xbox 360 directly to it. It is a success, the Xbox 360 connected to the internet and I am able to watch Netflix streaming movies again. With the newest update, it is easier than ever to watch. 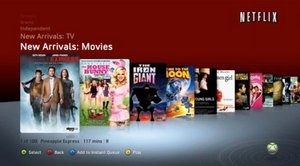